5 of the most haunted toilets in the UK 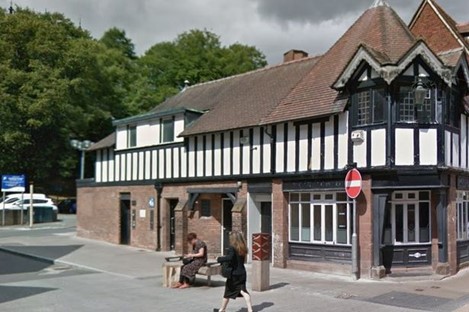 5 of the most haunted toilets in the UK

As Halloween creeps around the corner, we take a look at some of the most haunted toilets in Britain. Whether you are a believer or not, here is our top 5 most spine-chilling toilets.

With ghost hunters claiming it’s one of the most haunted toilets in Britain, there has been some suggestions of spectral sightings at this loo in Gwesty’r Llew Coch (Red Lion Hotel), in the small village of Dinas Mawddwy, near Machynlleth – more specifically a mysterious, silver-haired man.

According to MysteriousBritain.co.uk – a website for those fascinated with the supernatural – the silver-haired old man haunts the public toilets across the road from the hostelry in the Snowdonia National Park.

The local legends say that this mystery silver fox hangs out in the remote village, usually at this public privy. 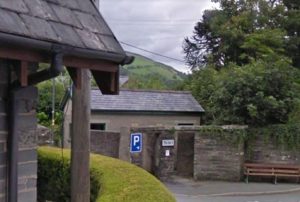 According to website Paranormal Chester, the alleged story goes that the male Frodsham Street toilets are haunted by the spirit of a young man who is believed to have committed suicide either inside or near the facilities.

Witnesses have described the strange man as being in his late teens or early twenties, wearing clothing that implies that he may have died in the 1950s or early 1960s. Not a lot more is known about the man’s identity. He has been seen to suddenly appear in the corner of the room as visitors relieve themselves at the urinal. 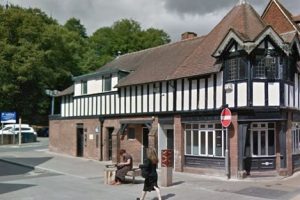 The Prospect Shopping Centre, which was built on the old Hull Royal Infirmary and has been the site for many hauntings over the last four decades,

Apparently staff say in both the male and female toilets they have heard chains flush with no explanation and seen toilet rolls fly across the bathroom when no one else is around.

Females at the Old Queens Head in Sheffield pub may want to hold it in – there’s reportedly a ghost who rattles at the toilet doors in the ladies loos when anyone tries to use them. One they call out for help, the ghost disappears. 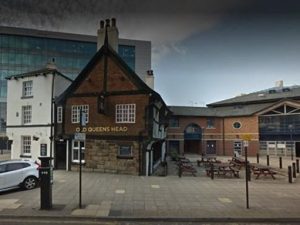 The Bow Bells, Bow Road,  E3 (specifically the female toilets!) is said to be haunted by a toilet loitering phantom who flushes the chains in the ladies loos whilst they are sitting on the toilet seat. The ghost has been felt by many over the years. In 1974 an unsuccessful séance was held to rid the pub of the phantom. As the spirit was asked to make itself known, the toilet door swung open with such force that it smashed a pane of glass in the door. Since the 70’s and up until the present day, the phantom can still be “felt” as it continues to flush the loo on unexpecting ladies bottoms. 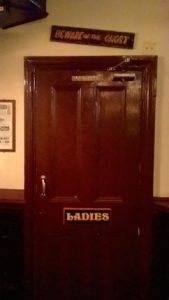 Make what you will of these reports and sightings, but the next time you enter the toilets of an old building, take a look around. You may not be alone!