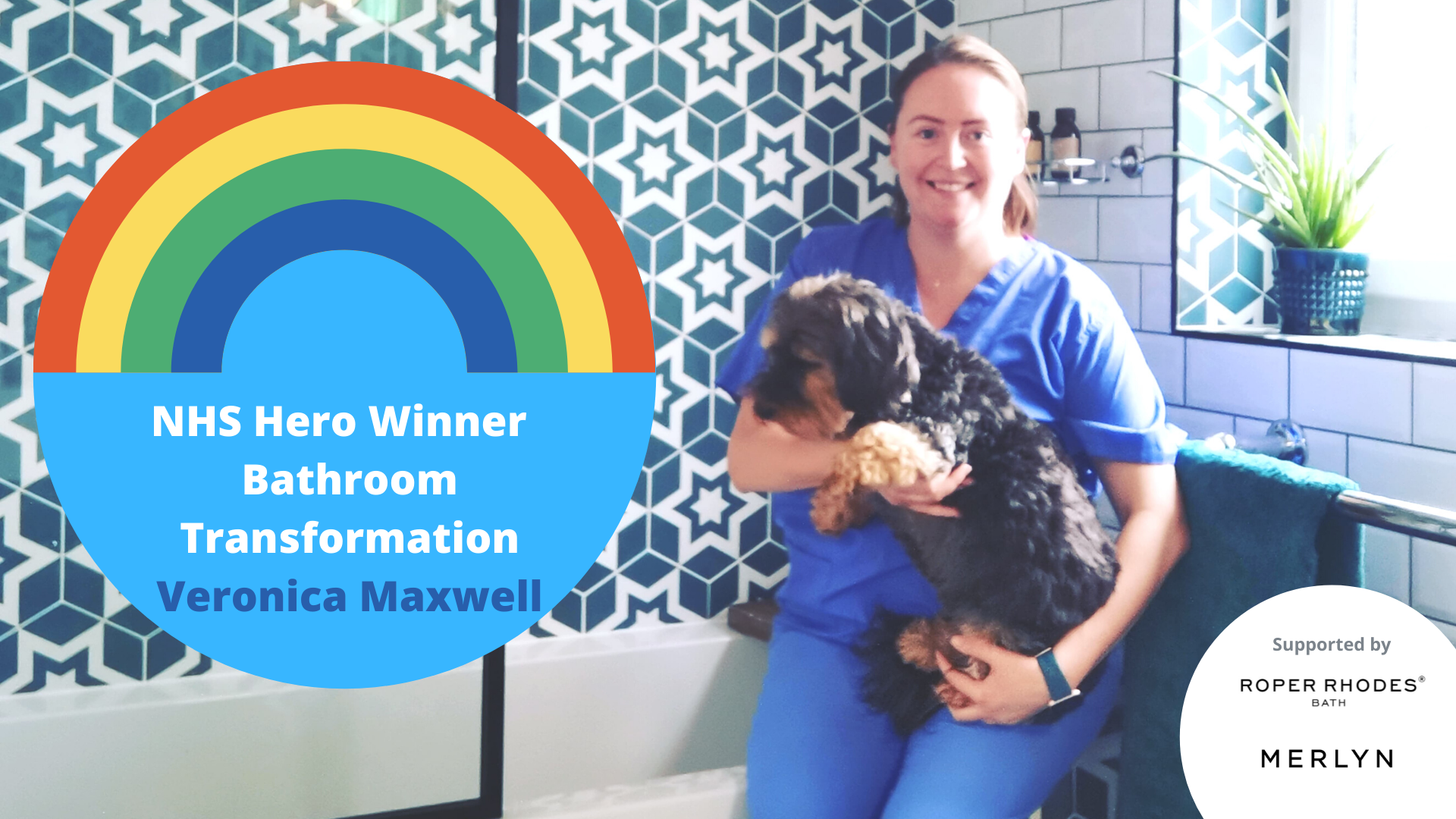 Veronica Maxwell, a Doncaster Royal Infirmary Researcher can now enjoy a long soak in the bath, after winning a 10K bathroom from Spinks Interiors.

In March, we invited NHS workers who live near our showrooms in Doncaster, Leeds and Worksop the chance to enter a competition to win a dream bathroom makeover. To be in with a chance of winning, NHS workers had to enter using a form on our website, attaching photos of their current bathroom along with a reason why they should be chosen.

Following an overwhelming response with so many heart-warming stories, that all deserved to win. Veronica’s story stood out, and she was announced the winner of a bathroom.

As well as entering herself, Veronica was also nominated by her friend. Veronica said, “I was so shocked to receive the phone call from Marie at Spinks Interiors saying I was the winner of their NHS Hero competition. I’m grateful and proud to have been able to be of use in these strange circumstances. I truly believe I haven’t done anything that many, many other people haven’t during these times.”

She entered the competition but submitted photos of her bathroom, which she described as leaking the whole time she had lived there with tiles that didn’t fit on the walls and a shower which had to be turned on by an isolation valve under the floorboards!

When the pandemic hit Veronica offered to help set up and run a drive-thru covid swabbing station and was given the responsibility of helping a small team of nurses to contact, comfort, offer support and then ultimately book appointments for and swab members of staff who had fallen unwell with covid. Once this was up and running, she joined a team of people fitting our frontline staff with essential PPE, working very long days to ensure that thousands of staff were safe to continue their work saving lives throughout the hospitals. She then jumped into running many studies into covid -19, some of which again involved going to the homes of people who were suspected covid-positive, swabbing them there and safely transporting the samples back to hospital to be tested, whilst offering support to the unwell patients.

She took on extra work with the service department, and voluntarily delivered food parcels to staff who were isolating on site having fallen ill at work, then took on a second role to help clean the wards in times of need, regularly working 7 days a week, as well as the occasional evenings. In addition to her work with the NHS Veronica has also run her own charity fundraising appeal for the last 6 years, The Homeless Shoebox Appeal which supports many local charities at Christmas, recently raising £4000.
Marie Hobson, Showroom Manager said, “We were overwhelmed by the entries, and they brought me to tears on several occasions, everyone deserved to win. Veronica’s stood out – not only was her bathroom in dire need of a makeover, but she had really helped the community during the pandemic, with a lot of the work voluntary – she was our worthy winner and we are so pleased to be able to give her a much needed dream bathroom”.

Veronica has worked closed with Spinks Interiors, to design and install her new dream bathroom. Her products were selected from ranges by Roper Rhodes and Merlyn, and the stunning tiles from Ca-pietra.